In the 1970’s there were many Children’s programmes that seemed to be determined to scare the living daylights out of you, usually just before you had your tea or bedtime. One of these was an independent television production for my local network HTV West. Of course, making sure our TV aerial was working correctly was of great importance to make sure that you didn’t miss the episodes. A TV Aerial Installation Cheltenham company was always on hand to help us when the aerial gave up. It was set in the beautiful world heritage site of Avebury stone circle, in this case masquerading as the village of Millbury. I’ve been to the site many times and I find the whole place a little disquieting at times, the reason being is this television show. 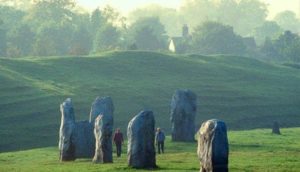 Avebury is a stone circle built in the Neolithic period. It predates Stonehenge but is seen as linked due to the proximity of both sites. Salisbury Plain and the Wiltshire Ridgeway is a very symbolic landscape and it feels very much like a timeless part of England. For a small charge, free if you are a National Trust member, the nearby car park affords you the chance of walking into the heart of the circle. Many of the Triptychs are still in place, although there is some confusion as many were excavated and moved by Victorian and early twentieth century archaeologists like Alexander Keiller.  A small but excellent museum of the finds is located on the site next to the newly opened Avebury Manor. A route around the remaining stones is well worth a walk but for me it is fraught with childhood scares. 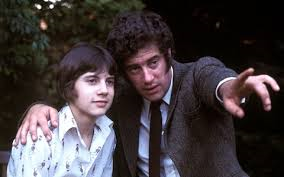 Children of the Stones featured an astrophysicist and his son coming to Millbury and soon finding that things are very much amiss. The theme tune is a cacophony of human voices chanting discordantly and it is used for the rituals that the villagers invoke. Once you’ve heard it or seen the show you can’t help but hear it in your head.  Another good walk is the famous avenue of stones leading up to the circle and as you walk it the song comes back to you.

The story set in the stones is based around a dark power that was the ability to brainwash people to its leader, a Druid Priests’, will. The stones are people who have been absorbed by the power. It has a very complicated story line that features a time stream that keeps resetting and replaying events. The astrophysicist and his Son unwittingly set the circle and its time stream off again and now must escape from its clutches.