Sometimes it’s a real pleasure to drive and for some like allaboutfreight.co.uk/same-day-courier-service who are a Same Day Courier Birmingham firm, it is a daily requirement. Most of the times we’re crawling around the town or city desperately trying to get from A to B or we’re cruising up and down a formless motorway looking out for the junction to come off at. These roads are different. These roads are what a car was made to go on. When Benz invented the car this was what he hoped we’d get to see.

This is a stretch of road that goes up the east coast of Australia for 150 miles. It takes in some of the most dramatic and beautiful seascapes that you can see anywhere in the world. What makes it really special is that it was built by Soldiers that had served in the First World War so for many Australians it also acts as remembrance. What an incredible gift to the world this road is.

It’s one of the most filmed roads in the world. It is the famous winding and crooked, but with beautiful flowers, street in this city. Check out this example from the 1972 film What’s Up Doc. It’s also had the Love Bug, “Herbie” himself go down it. Suffice to say it’s a bit too popular now and you can rarely go down or up it anymore. There aren’t many places where you’ll get eight hairpins in such quick succession. 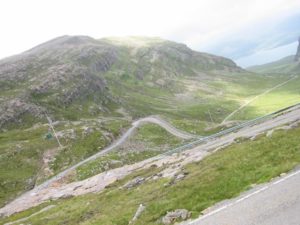 The Pass of the Cattle, Wester Ross in Scotland.

If you do like hairpins, but a bit more spaced out, then this might be a better bet. With incredible views of the Applecross Peninsula including Loch Kishorn and Loch Carron plus the Monroe of Beinn Bhan it carries a warning not to try it if you’re a learner or towing a caravan.

This literally translates as the Trolls Path and you can well imagine two Mountain Trolls lobbing rocks at each other from either end of the valley as is the case in the Hobbit. It’s well worth the ascent as you can get to see the Stig Fossen Waterfalls from a specially built viewing platform. 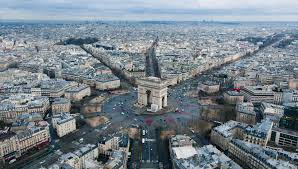 Don’t expect to break any speed limits or make a good time driving down this road. It does however offer you the chance to see the Arc De Triomphe at its end after you have cruised past its fashionable shops and perfectly manicured tree lined straightness.

Route 66 the United States of America.

The ultimate place to get your kicks as the famous song goes!  Starting in Chicago and ending in Arizona (extreme cold to heat or vice versa) this is a must do if you get to drive in North America.  Feel the waves of Americana wash over you as you drive down this amazing road and get to see the changing face of this big country’s landscape.