The age-old human mystery surrounding death continues to mystify us as a species. We have conquered the icy wilderness of Antarctica, the deepest depths of the oceans and even the mysteries of outer space – but death and the knowledge of what happens during and beyond it still eludes us. 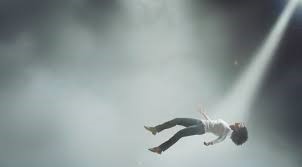 Science has taken huge strides – vaccinations and advances in technology have done a good job of curing people from illnesses that were once known to be deadly. There are many clinical trial volunteers and many more asking questions such as how can I be a clinical trial volunteer? Shows that there is still a huge demand to continue medical research. But when it comes to death, how much do we really know?

The best information comes from palliative care nurses – they deal with death on a daily basis and see many patients pass over. Many say that a person seems to slow down and accept death when they are dying of a long-term illness. During the last few days, they stop eating and drinking, a time period known as ‘active dying’ and it is during this time that the body begins to shut down and accept the inevitable.

From a brain perspective, the most mysterious organ in the human body is fascinating at the moment of death. Studies on rats showed that endorphins – the feel good hormone – were released at the moment of death, and there is reason to believe it could be the same for humans – this may account for the many stories of near death experiences where people report feelings of calm and very vivid dreams happening whilst their heart has been stopped for a few minutes.