There aren’t that many examples of Tudor Wattle and Daub wood buildings left in the UK but what there is is listed and protected. One of the best preserved is that of Speke Hall just outside of the City of Liverpool. It is owned and conserved by the National Trust for the nation and is well worth a visit. It is a very popular property amongst the members. As with any old house there is a bit of a tale surrounding it. There is quite a lot it’s Oak Beams could tell you if they could talk. 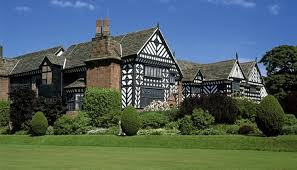 From 1530 to 1598 the property was expanded upon by the owners the Norris Family. However it was not all plain sailing for the Norris. Despite the fact they were rich they were Catholics and during the Reformation they were suppressed. To make sure they were able to still practice their faith they created a priest hole to hide any Father’s that were present to give holy communion. A special observation port was created to see if any officials were popping in on an unofficial visit so the poor priest could be scurried away. These were known and “eavesdrops” and it is where we get the word from meaning to spy on others and to observe them without them knowing. 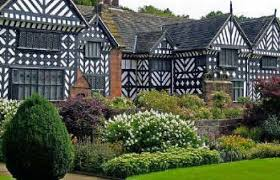 The house then went through a succession of owners following the marriage of the last Norris. After her passing the house was leased out and it was a Liverpool merchant by the name of Alexander Watt who purchased the property outright. It was a sign of the growing wealthy of the middle classes that a person in trade and not title could afford such a place.