Called the ‘founder of modern nursing’, Florence Nightingale made a huge impact on history and nursing methods. The anniversary of her birthday is now celebrated worldwide as International Nurses Day, when we celebrate not only her great contribution but that of all those called to the nursing profession. To honour her memory, here are some fascinating facts you might not know about the world’s most famous nurse:

Florence Nightingale was born in Italy and her father was a graduate of Cambridge who oversaw her education. She had a grasp of Latin, along with being fluent in English, Italian, French and German. Her education also included Shakespeare, philosophy and mathematics. 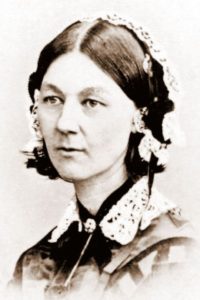 During the first half of the 19th century, nursing was not a respected profession. It was associated with lower class workers, poor wages and even prostitution. When Florence declared she was being called to the profession, her parents weren’t thrilled. By 1850, she had started training and 3 years later had become a superintendent at a women’s hospital in London.

Florence Nightingale is most known for her work during the Crimean War. She was friends with the then UK War Secretary who gave her permission to get 38 volunteers together to treat wounded soldiers in a field hospital.

The conditions she found there were appalling. There were rats, faeces and blood all over the floor. Almost half of all those admitted would die. Nightingale correctly assumed that there was a link between the terrible sanitation and the death rate. In just four months, after introducing sanitation, the mortality rate had gone down from almost 43% to just 2%.  Those who are inspired by pioneering people of medicine should consider contributing in their own way with Paid Research Studies with https://www.trials4us.co.uk

Florence Nightingale earned somewhat of a celebrity status for her amazing work in Crimea. Her Majesty Queen Victoria was a fan and before the end of the Crimean War, sent her a brooch as a way to say thank you for her service. 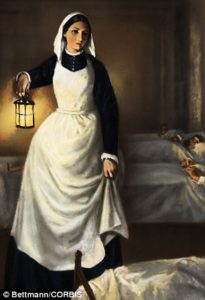 Nightingale’s work was far from over when returning after the war. The Lady with the Lamp, as she had become affectionately known, used her significant influence to push for legislation to improve the sanitation of buildings not connected to main drainage. The figures speak for themselves. By 1935, the life expectancy in Britain had gone up by 20 years!

Florence Nightingale became the first woman to be inducted into the prestigious Oder of Merit. This is an honour created in 1902 by King Edward VII to honour individuals who have provided exceptional service in the fields of Art, Literature and Science. She was honoured in 1907, the first woman to achieve this and no other woman would be again for 58 years!

History is brought to life thanks to a video on YouTube. In 1890, Nightingale met with one of Thomas Edison’s assistants and made a voice recording. Proceeds from the recording went to veterans of the Crimean War.